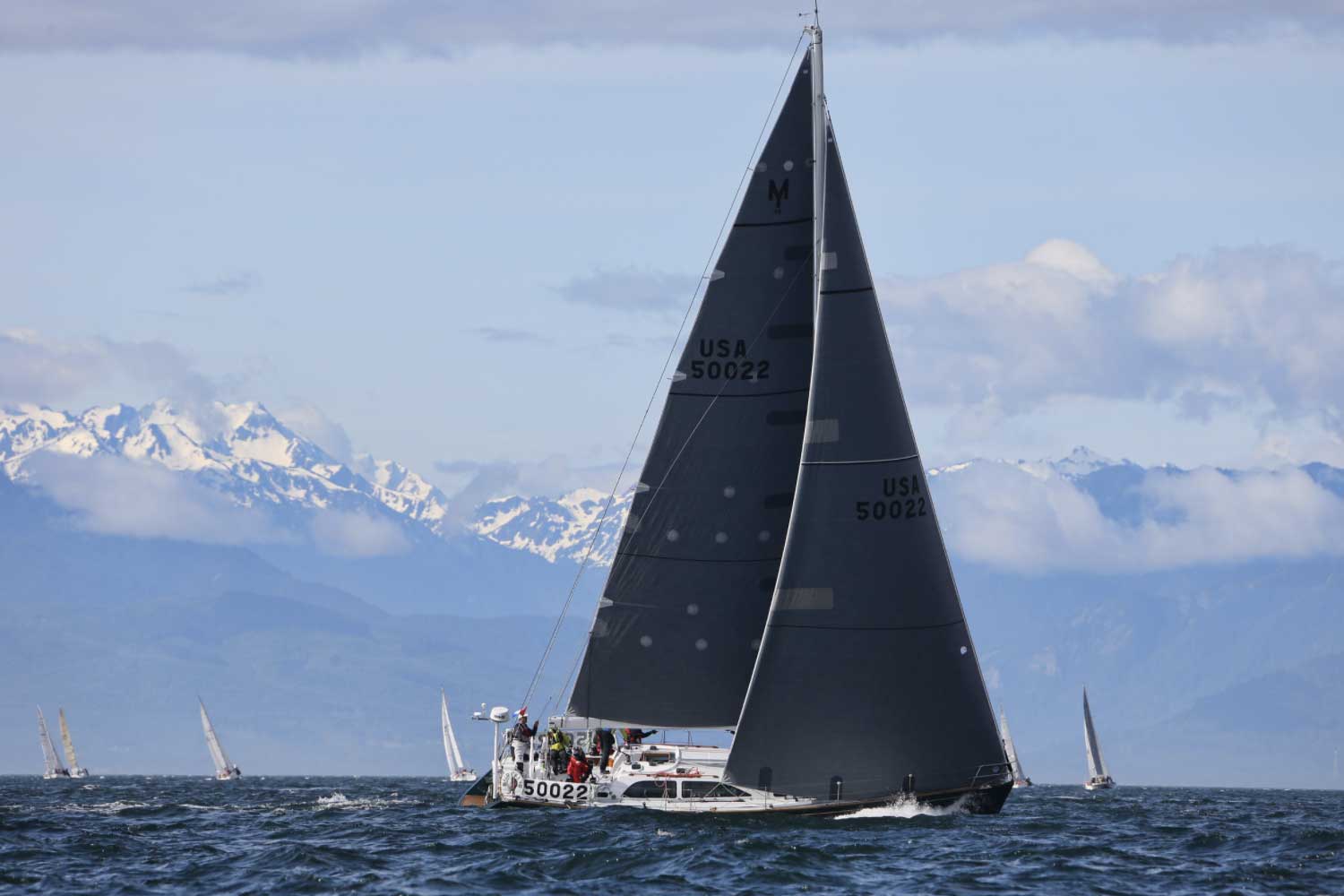 Firefly is a beautiful Morris 45, designed to be as comfortable cruising as she is fast in a regatta. She’s in fact well-known in the racing scene, having won the Down East Race Week, won Antigua convincingly, and has competed at Cowes Week. Combined with her recent performance on the West Coast, Firefly has proven able to hold her own just about anywhere under any handicapping system.

On the cruising side, Firefly is comfortable both under way and at anchor. Utilizing a working jib and cruising main, she provides fast and easy passages. Electric halyard and main winches ease putting the main up trimming, and the non-overlapping headsail loads are easily managed by the large primary winches. Her oversized racing gear makes cruising under sail manageable by virtually any family crew.

Her interior layout works well for a family or two couples with well separated sleeping cabins fore and aft, each with their own head and shower. Consistent with most Morrris’, anyone stepping aboard will be struck immediately by the quality of the workmanship.

Firefly has been professionally, meticulously maintained throughout her life. And since she was thoroughly and expertly prepared for the 2018 Vic-Maui Race, including a new North racing sail inventory, she is fully ready to compete or head off for serious cruising.