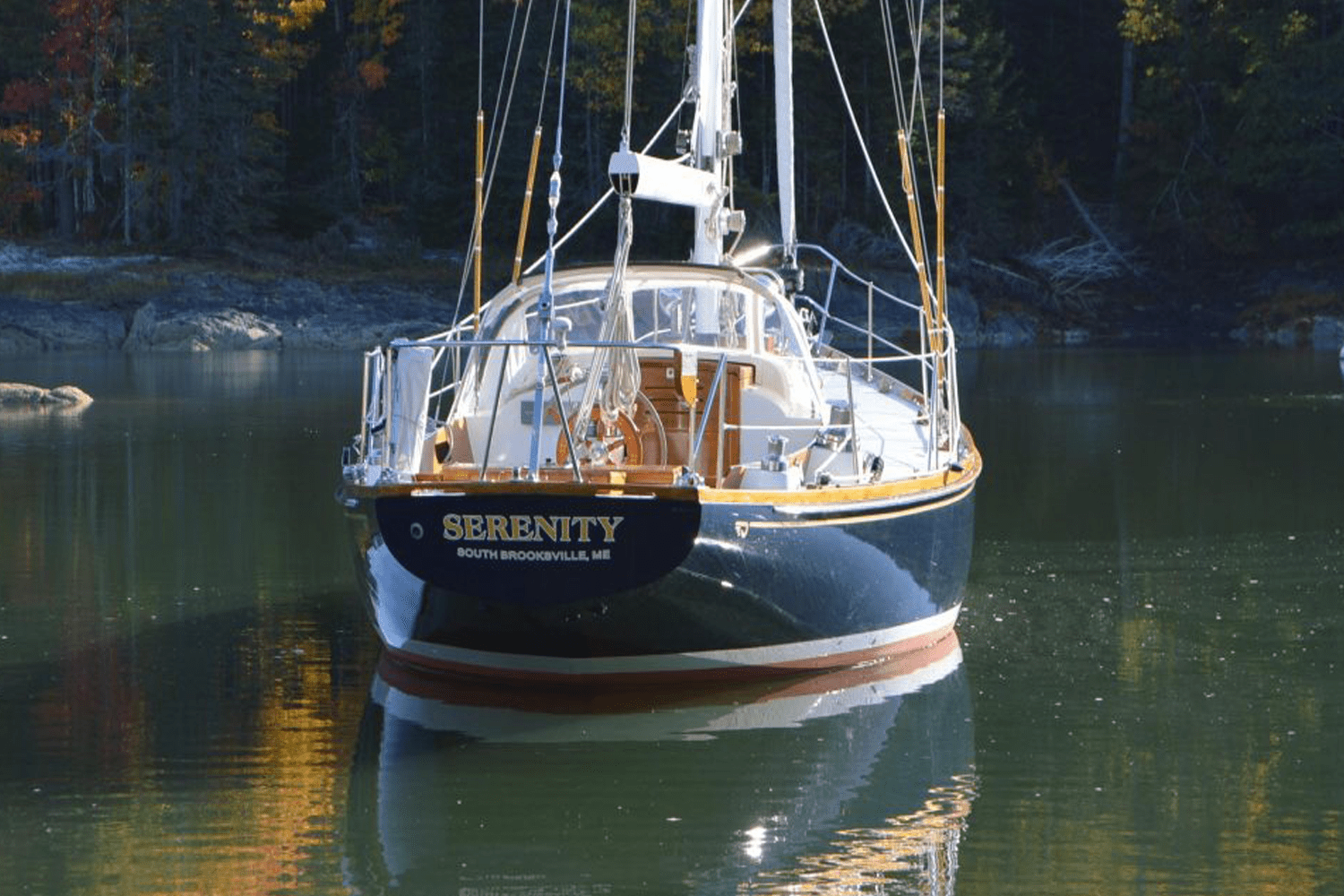 SERENITY is a spectacular example of one of Hinckley’s most beloved models, the William Tripp designed Bermuda 40. She has been professionally maintained to a high standard for decades.  Recent work includes new brightwork in Bristol condition, and her hull was Awl-gripped in 2011, when the boom was redone as well.

Her sails remain in very good condition and the sellers state that she needs nothing other than a seasonal bottom coat and basic recommissioning.

After the war, Hinckley began experimenting with fiberglass as a potential boatbuilding material, though, true to his conservative Maine heritage, he didn’t rush into it. The Hinckley Bermuda 40, introduced in 1959 and still in production today, was a watershed for the company.
According to company notes on the B 40, “The firm had built a wooden 38-foot yawl in 1959 and had called her a Sou’wester Sr. It was Henry’s plan to sail the boat hard the coming summer and if she proved her worth, he would use her as a plug from which to build the mold for the first fiberglass Hinckleys. But this was never to occur.”
At the 1959 New York Boat Show, Hinckley was approached by a consortium of eight men, who had commissioned Bill Tripp to modify the Block Island 40 for them. The group’s front man, Gilbert Cigal, persuaded Hinckley to build the boats. The decision to abandon the Sou’wester Sr. was difficult, but from a business point of view, it made more sense to invest in tooling for boats already sold.

The Bermuda 40’s are centerboarders, which make them so appealing for so many that sail shallow waters. Though not terribly beamy by today’s standards, the B 40’s 11′ 9″ beam is substantial. If you can’t get stability through ballast located deep (remember, the design parameter was for a shoal draft boat; and, fin keel boats weren’t considered suitable in 1960 for offshore work), you must get it from what is called “form stability,” that is, the shape and dimensions of the hull. Similarly, the interior would not be considered very spacious by today’s standards, but in 1960 it had the room of a wooden 50-footer.

SERENITY is well-equipped with a diesel cabin heater, new Seafrost refrigeration, a Garmin 4208 chartplotter, Furuno Radar, and recent sound system. She is listed by Hinckley for $122,500 in Harborside, Maine. 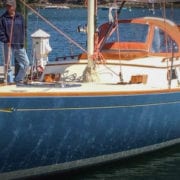 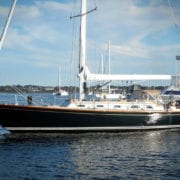 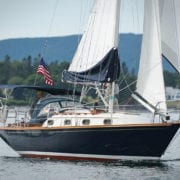 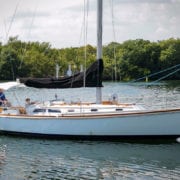 A Bermuda B40 in Miami 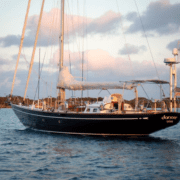 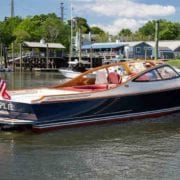 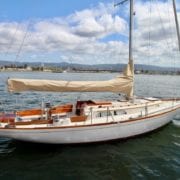 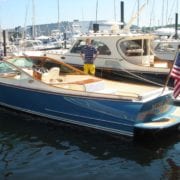