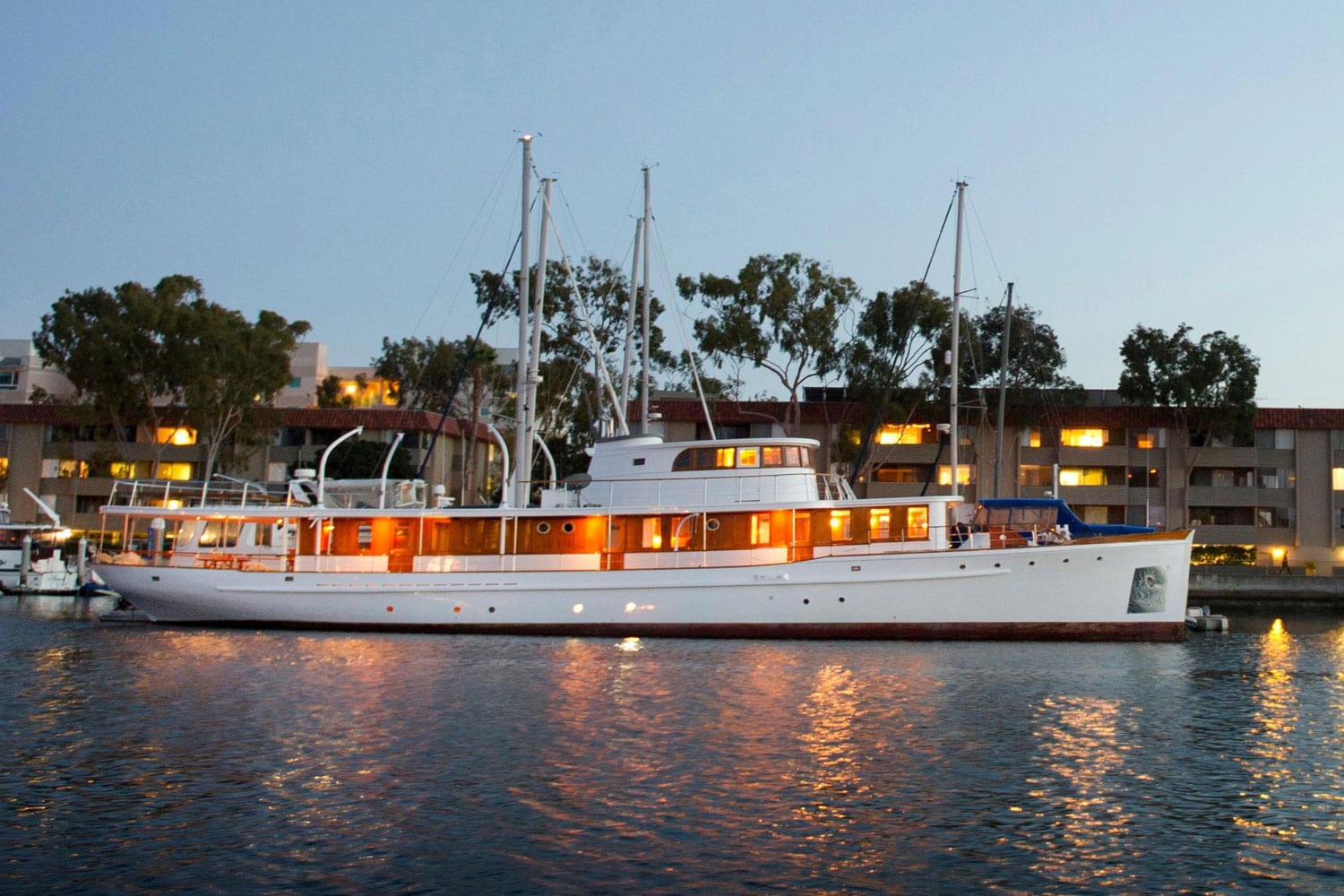 “Sobre Las Olas” is a 105′ antique that was built in Wilmington, CA in 1929. Two of her famous owners were J. Paul Getty and rumored William Randolph Hearst. Over the years she has undergone renovations and was in charter between Seattle, WA and Alaska. At present she is one of the largest antique classics on the West Coast.

The teak decking is simply stunning, but we were particularly blown away by the original Honduras mahogany throughout the interior. The current owners have since added a superstructure over the back deck, installed new wiring and plumbing throughout, and has kept the original 1929 Atlas Imperial diesel engines. A similarly constructed engine from the same era currently sits in the Smithsonian Institute.

Sobre Las Olas has made for quite the movie set, with filmings of A the Frank Sinatra/Rita Hayworth musical drama “Pal Joey” and Lindsay Lohan’s portrayal of Elizabeth Taylor in “Liz and Dick.”

You’ll find her docked in Marina Del Rey and is listed for $1.5M.