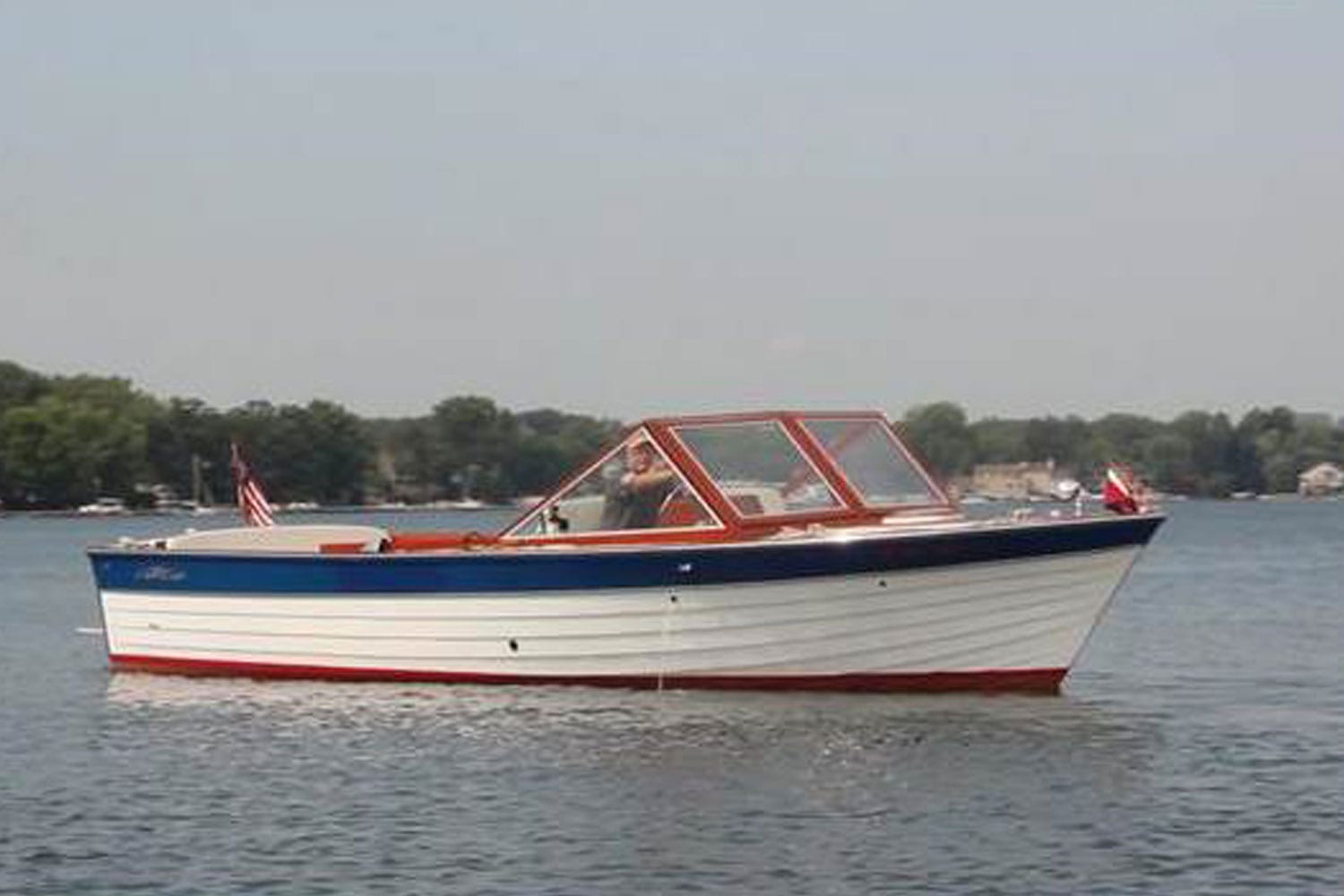 We found this beautifully restored 1963 Chris-Craft Sea Skiff 28′. This wooden classic, TAHITI NUI, offers a nod to the past that serves as a gloriously stylish day cruiser. We absolutely love TAHITI NUI’s classic lines, large rectangular wood incased windshields, and over sized captain seats. Her above water exhaust reminds everyone this beauty can still has a bite and can be a bit rowdy when she wants to be.

The Sea Skiff lineup of boats with clinker-built, lapstrake, round-chine planking was Chris-Craft’s attempt to capture its share of the Lyman Boat Works’ sales success. Lyman became well-known for this process after building about 5000 boats in 1955.

Wikipedia describes the differences in these two types of boat construction: “Clinker-built (also known as lapstrake) is a method of boat building where the edges of hull planks overlap each other… A contrasting method, where plank edges are butted smoothly seam to seam, is known as carvel construction.”

Chris-Craft’s version of the clinker-built process led to the introduction of a new adhesive, Thiokol, which was later renamed “Chris-Craft Sealer.” The sealer was said to add about four times the strength to a clinker-built hull. It was discovered during World War II when Chris-Craft was building boats to support the war. The sealer was so successful in strengthening those hulls that Chris-Craft received several government awards for their war boat efforts.

But the clinker-built Sea Skiffs required more to build than just a strong adhesive. Since the clinker-built construction was a significant departure from building carvel boats, Chris-Craft opened a 339,963-square-foot plant in Salisbury, MD, in 1954, dedicated exclusively to the lapstrake boat-building process.