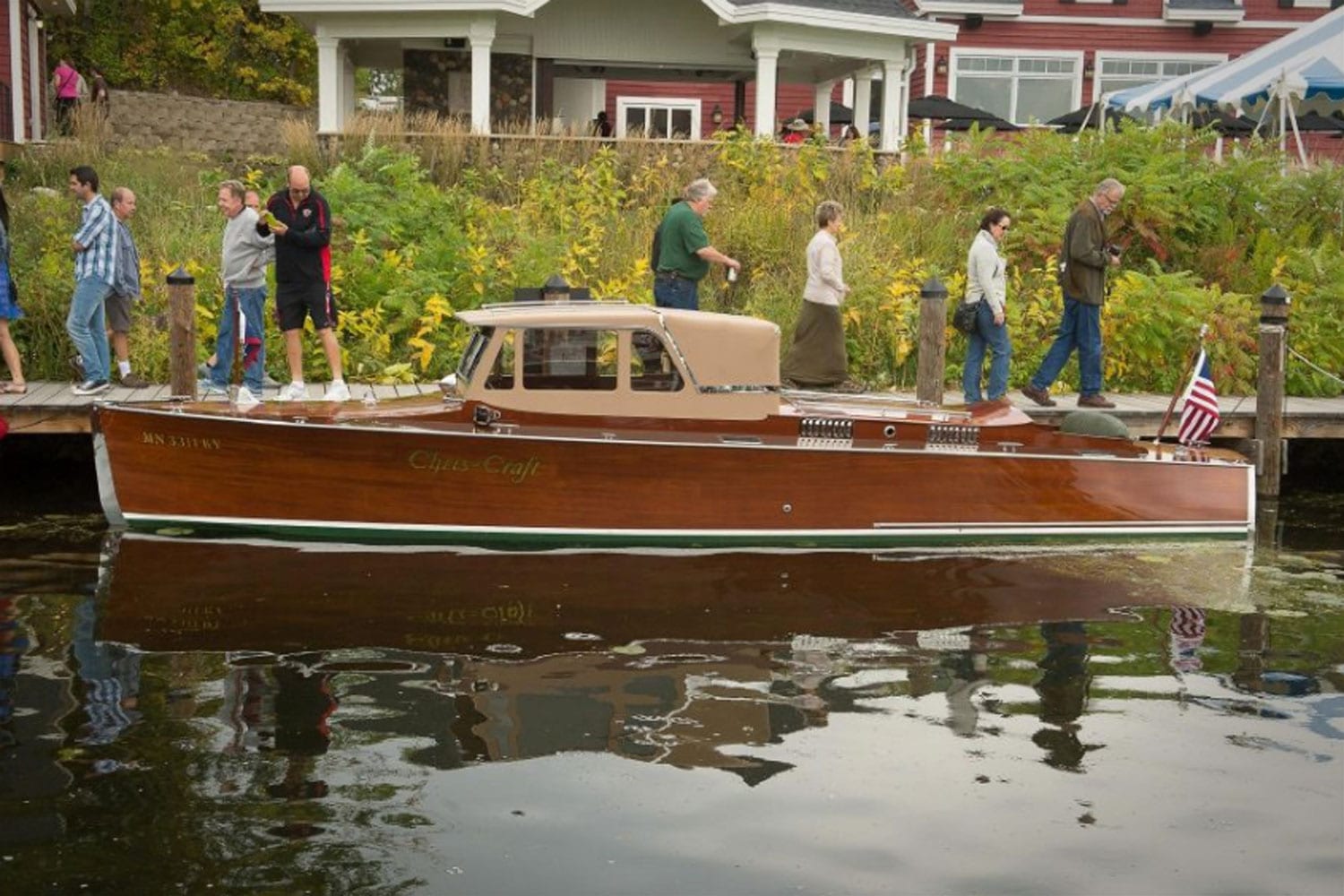 We found this stunning 1930 28′ Chris-Craft which is the only Convertible Sedan built by Chris-Craft. The Convertible sedan features an automotive-style hard top, reminiscent of the Convertible Peugeot, Victoria and Cabriolet’s of that era. The hard top was built separate from the boat, by the same sub-contractors who built tops for autos at the time. The top was then attached to the boat at the Chris-Craft factory.

The aft section of this particular hard top folds forward like a convertible top to expose the aft seat of the forward cockpit to the fresh air, which is what makes it unique from the other Deluxe Cabin hard top boats built by Chris-Craft.

Uncas is equipped with its original Chris-Craft 900 cubic inch Model A-120 V-8 engine, which produces 250 hp. Making boats go fast in the 1920’s and 1930’s was more a function of torque than horsepower, as witnessed by the massive 19″ X 24″ three-blade propeller. The A-70 and A-120 V-8 engines were the only engines Chris-Craft ever built themselves, as they usually “marinized” commercially available engine blocks.

Note the hard top is covered in original-style Haartz cloth, an early waterproof material, and the interior is finished in mohair with green leather upholstery, just like the finest automobiles of the era.

She sports her original Loraine spotlight mounted through the windshield frame, and has original-style cigar lighters in both the forward and aft cockpits.

She won Best of Show, Algonac, MI 2015 and was 97 point ACBS award winner at Woods and Water, September 2015 in Minnesota.

Uncas is listed for $350K including tandem axle road trailer and she resides in Minnesota. 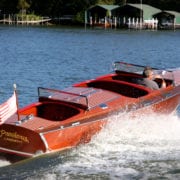 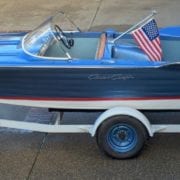 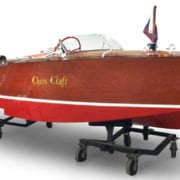 Warning: For Racing Only 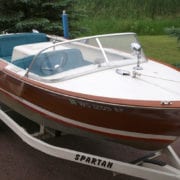 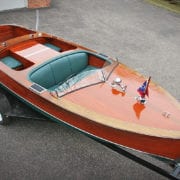 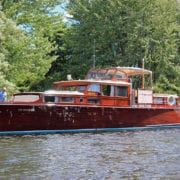 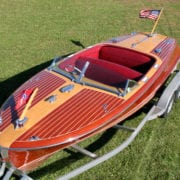